Nordea's 2019 Treasury KPI report revealed, see, that treasuries are embracing KPIs, and the business is paying attention to the outcomes. But just like in 2016, treasuries are not using KPIs to evaluate their own performance or for benchmarking towards peers despite the accelerating pace of digitisation. Many treasuries also have a short-term focus. Increasingly lean and streamlined, they are often focused on mission-critical priorities like liquidity and funding.

Bruce Lynn at The Financial Executives Consulting Group, “found the results of the Nordea survey to be roughly equivalent to the more domestic survey done by the AFP which stated that most treasuries do not have KPIs that measure their ‘success’ or that the KPIs in use are ‘wrong’.”

Lynn found that the AFP 2017 Strategic Role of Treasury Survey results were really disturbing because they showed that:

Lynn points out that, AFP’s 2017 survey showed also that:

The survey showed a disturbing picture of the corporate treasury department: 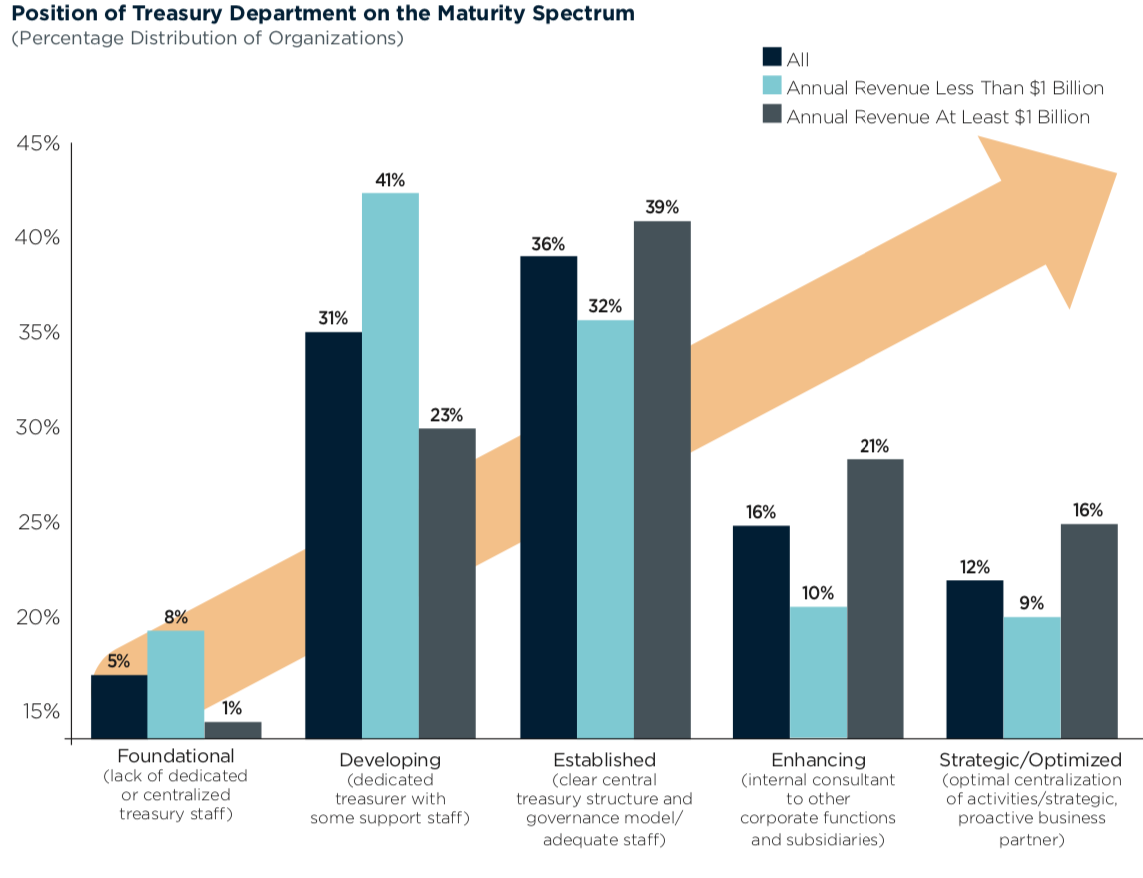 What does corporate treasury department really do?